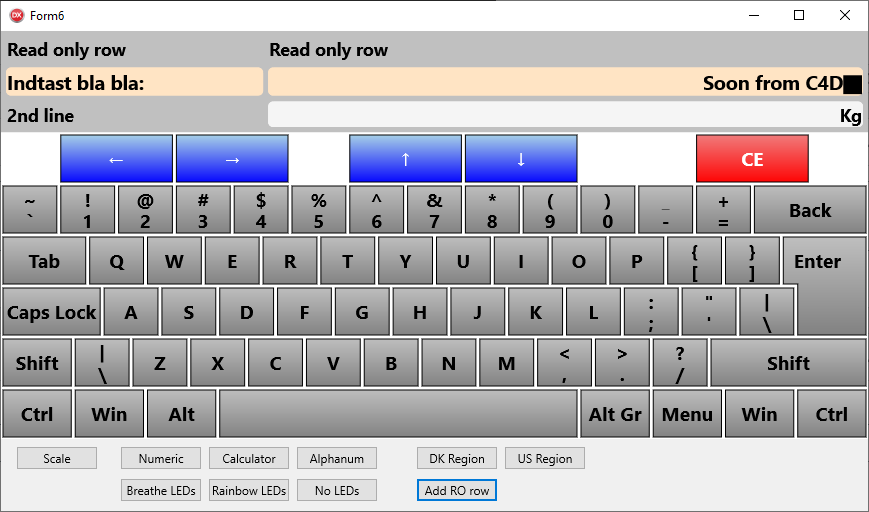 Next release of kbmFMX will contain even more features for defining keyboard layouts.

Basically small screen keyboards operate with multiple “layers” of keyboards each holding a number of keys with exactly one base character on each + capital character for alpha characters. That means that the keyboard usually do not have AltGr or other “shift” type keys except for a capital shift key.

The small screen keyboard also have no navigation keys like arrow or tabulator keys, because it is assumed the user will move the caret (if needed) using touch within an editable field.

Instead the small screen keyboard comes with one or more layer selection keys, like 123 or ABC for shifting forth and back between defined keyboard layers.

A new keyboard layout (TkbmFMXMobileAlphaNumericKeyboardLayout) has been added, which fairly closely emulates a virtual keyboard on a small screen mobile phone and which currently uses two layers.